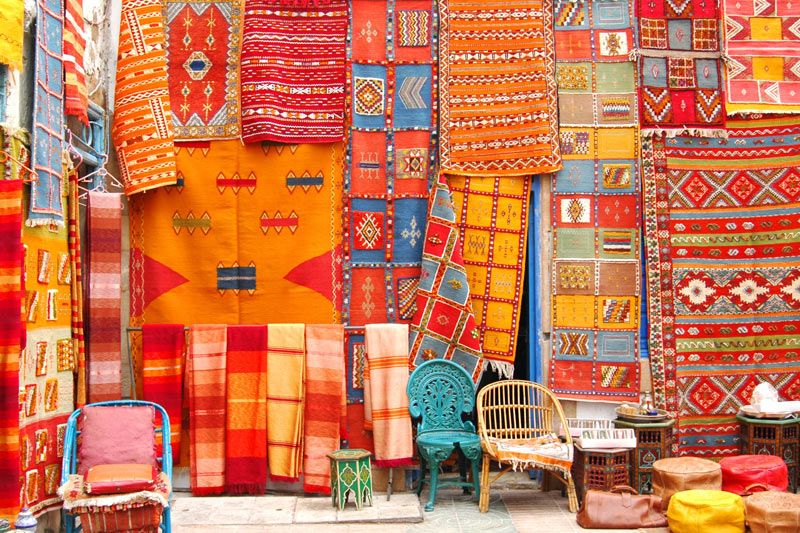 Morocco is the perfect starting point to start exploring Africa. Thanks to its unique handmade souvenirs, authentic spots, as well as the great hospitality of its people.

The country has been inhabited for a long time ago. The Berbers or Amazigh “free men” settled in North Africa for about 3,000 years BC. And today they make up almost 70% of the total population.

For centuries, the Berbers remained not influenced by the domination and influence of other expansionist peoples – Romans, Arabs, Turks, Spaniards, and French. In addition, they have been able to preserve one of the continent’s most fascinating customs and culture.

Only 14 km from Spain, it is a destination that surprises each visitor with its magnificent architecture, colours, and stimulating aromas. In addition, the hospitality of its people.

The country Maroquinerie has been commercially appreciated since the 16th century. An equally rich heritage that still remains alive in the production of carpets, pottery, jewellery, and wood carvings.

In the imperial cities of “Meknes, Rabat, Marrakech and Fez” that have been once capitals of this kingdom; you will discover beautiful mosques, madrasas or schools, courtyards, gardens, and public drinking fountains. Strolling through the streets of the Medinas , you will have much fun practicing the art of “haggling” in the colourful markets (souks).

When crossing the High Atlas and the mountain range of the Rif. When also walking in the beaches of the Mediterranean Sea and the Atlantic. In addition, spending a night in the desert with a roof of millions of stars; the traveller will feel that time stopped and that it was worth discovering.

Moroccotravelland offer you morocco culture tours and custom morocco tours to enjoy your visit to Morocco!