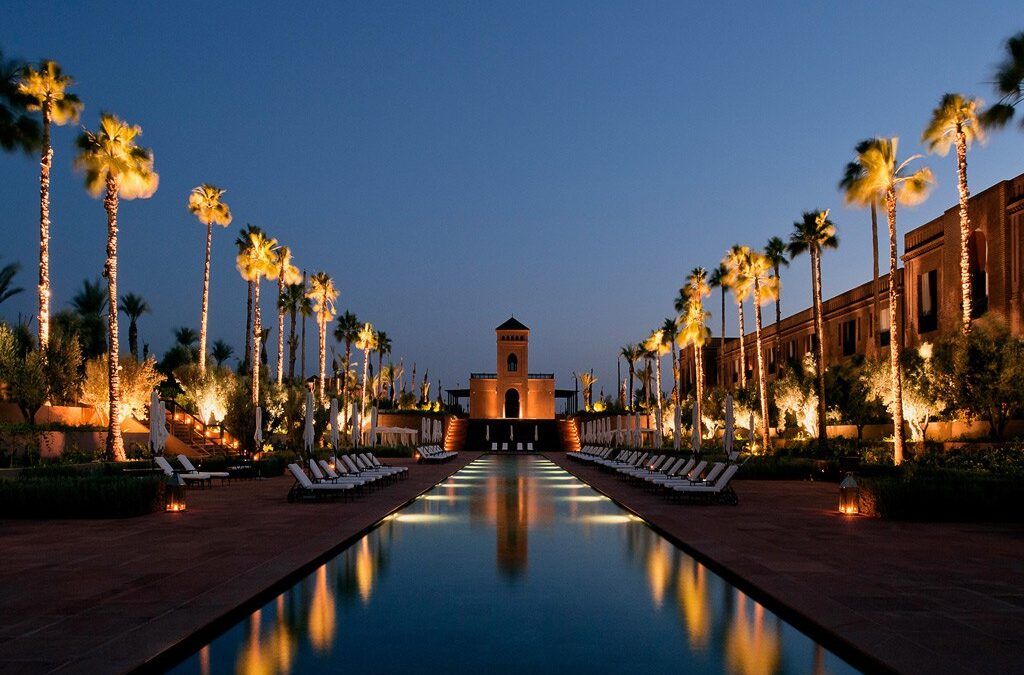 It goes without saying that Marrakech city is one of the most iconic cities that the country of Morocco has to offer. In fact, it might even be considered the city responsible for popularizing Morocco as a tourist destination for foreigners. For foreigners and Moroccans alike, Marrakech city is the number one destination you go to in order to have a good time. Marrakech city is where tradition meets modernity, with the city offering some of Morocco’s most important cultural landmark alongside the finest modern amenities. In this article, we are going to bring you a bit closer to Marrakech city’s most interesting destinations, whether they are popular tourist hotspots or more unique one-on-one experiences.

Nothing rhymes with Marrakech city better than Jamaa El Fna, since that’s the beating heart of the entire city. Local food, shopping, entertainment, snake charmers, Henna artists, traditional musicians, you name it: it all has a place at Jamaa El Fna. During the evening, make sure you head to a surrounding café with a terrace in order to get a panoramic view of the entire square bustling with life.

Pretty much every Moroccan city has one, Old Medinas have become a staple of Moroccan culture and traditions. Marrakech city has one of Morocco’s biggest, busiest, and most interesting Old Medinas that you can find. The busiest parts of an Old Medina are usually the commercial ones where you can find all types of artisanal merchandise, ranging from leatherwork and textile to pastry and condiments.

Being one of the most important historical locations throughout Marrakech, The Saadian tombs are an iconic remnant of the Saadian dynasty rule dating back to the 16th century. Constructed under the orders of Sultan Ahmed Al Mansour, the tombs are the resting place of the Sultan’s family and most noble officials. Today, the tombs attract thousands of visitors to admire their ornate structure and traditional craftsmanship.

Have you ever wondered what old Sultans and noblemen’s houses looked like back during 19th century Morocco? If the answer is yes, then the Bahia palace is the perfect place for you. Built by Si Musa and his son Si Ba Ahmed (both grand viziers of the Sultan), the palace perfectly captures Moroccan fine craftsmanship, traditional architecture, and luxury lifestyle.

The Majorelle Garden at Marrakech city is a great way to escape the busy and fast pace of the Medina or Jamaa Elfna. This botanical garden was designed and created by French painter Jacques Majorelle, with a villa in the middle designed by French artist Paul Sinoir. Visit the garden and discover its small Berber museum and Yves Saint Laurent museum to get a feel of the property’s history.

The Yves Saint Laurent Museum in Marrakech city is a very unique attraction that was set up to commemorate and celebrate the life and works of French fashion designer Yves Saint Laurent. Covering an area of 4000 square meters, the museum holds an exhibition featuring works by YSL himself, another one dedicated to Jacques Majorelle, an auditorium, a bookshop, a library, and café-restaurant.

The Menara gardens are another iconic destination at Marrakech, classified as a World Heritage site by the UNESCO. Covering an open space of around 100 hectares, the garden contains a famous water basin, a historical pavilion, and an impressive orchard around it. The Menara garden was built during the 12th century, under the orders of Abd Al Mu’min, founder of the Almohad dynasty. The gardens are great for picnics, sightseeing, and simply taking a day off of the busy streets of Marrakech.

The Anima garden is an off the beaten path attraction in Marrakech city, where fine arts meet nature and scenery. Created and designed by Austrian artist André Heller, Anima is a magical and colorful garden that contrasts beautifully against the High Atlas Mountains and Mount Toubkal in the background. Its botanical staging contains more than 250 types of plants, ornate by sculptures and artworks made by Pablo Picasso, Keith Haring, undiscovered local talents and many more.

Another very important cultural attraction from Marrakech city is the photography museum, also known by its French name “La Maison de la Photographie”. Founded in 2009 by Patrick Manac’h and Hamid Mergani, the museum has curated a collection of around 10,000 historical documents and photographs. The goal of the museum is to tell Morocco’s history and bring people closer to its traditions through the medium of Photography.

El Badi Palace is another iconic landmark left behind from the rule of the Saadian Dynasty. Built during the 16th century as a way for Sultan Ahmad El Mansour to showcase his wealth and power, the palace fell to ruins in the following century with the fall of the Saadian dynasty. The name of the palace roughly translates to the “palace of wonder”, which is what the Sultan tried to replicate when building the palace, with fine architecture and luxurious material imported from Italy and Mali.

Another breathtaking palace turned museum in Marrakech city is Dar Si Said, which translates to “Sir Said’s” house or palace. Si Said Ibn Musa was the minister of defense under the Sultan Abdel Aziz of the Alaouite dynasty. Si Said ordered for this palace to be built as his personal residence, but it later served many different purposes since the French protectorate administration. Today, the palace has been renovated and turned into a cultural museum showcasing Moroccan craftsmanship such as weaving and woodcraft.

The Ben Youssef Medersa, or School of Ben Youssef, is an Islamic school situated in the Old Medina district of Marrakech city. The school was built during the Saadian dynasty rule, but only as a continuation of the already established Medersa on the same site built during the Almoravid rule. The school served to teach a wide range of subjects related to Islamic and Quranic teachings, alongside subjects such as science, literature and history.

Those were only a few select destinations that make Marrakech city worth visiting, but this list is nowhere near complete. The only way to truly enjoy the red city and see what it has to offer is by hopping on a plane and coming to visit it yourself. With that being said, we hope this article was useful for you. Feel free to browse our blog for more articles like this, or contact us here for more info about our tours.