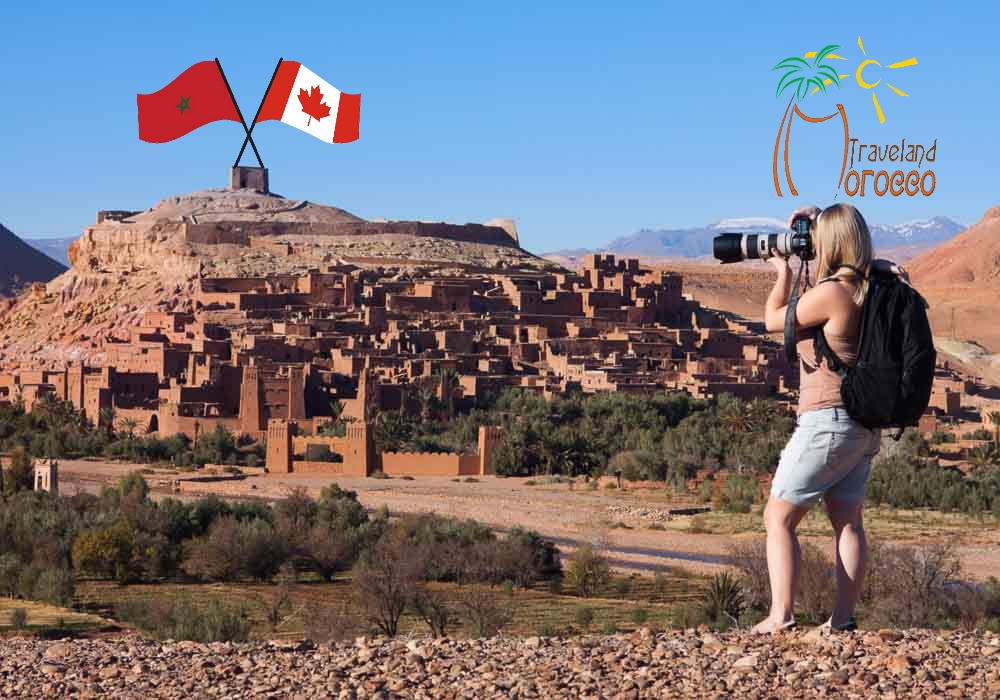 Morocco Travel Land team welcomes the Canadian people in their second home Morocco, and we would like to introduce you a quick information about “Morocco Travel from Canada”, some suggested tours and trips that you will need to make your trip in Morocco from Canadian more easier.

Flight information from Canada To Morocco

Popular routes from Canada to Morocco

As traveler from Canada you need 9 days at least in your holiday in Morocco since the flight is long, you will need to have rest before you start your Morocco Tour.

So we suggest you some Morocco Tours from Canada

Indulge in our Morocco Tours from Canada

DAY 8 : TRANSFER TO THE AIRPORT

Please If this suggested Morocco tour package from Canada tdoes not match what you’re looking for, contact us and we will prepare the trip to your measurements and needs.

You can check also More information about Morocco tour packages.